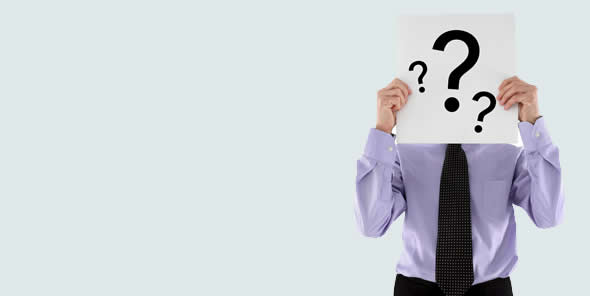 What Is a CDN and how does it help with Video Streaming?

With the growing popularity of video streaming, CDN (content delivery networks) have become tremendously demanded. Let’s find out what it is, and why CDN is recommended for high-quality video streaming.

First, let’s proceed to the main topic. What is a content delivery network? This is a technology that transforms various kinds of content to a large number of nodes (points of presence) quickly and economically. CDN can accelerate video streaming, no matter which devices are used for viewing: tablets, mobiles, computers, set-top boxes, or gaming consoles. It doesn’t matter where user accesses files from, and what’s the kind of content. If you download media quickly, it’s very likely to be transferred via a CDN. Content delivery networks have been created to solve one crucial problem that plagues nearly every Internet user: latency.

Latency is a time lag that occurs between you start loading a web page, and the moment it actually appears on the screen. There are many different reasons for a high latency, and a long geographical distance between the hosting server and the user’s computer is the main one. A CDN allows reducing the distance for content to travel, which in its turn, augments website performance and improves user experience.

If you are a beginner of website development, and have not ever tried content delivery solutions, you need to know how to pick up a versatile and reliable framework to match your CDN. SpaceCDN offers a wide range of CDN for video, so you can always figure out a suitable variant.

How Does a CDN Work?

Now you already know that the main operating principle of CDN is to reduce the physical distance between a web server and a user. It works the following way:

Who is recommended to use a CDN?

CDN data transfer (including video streaming) already accounts for about 50% of global Internet traffic served today. Don’t be surprised, but many CDN video streaming service come for free! However, it’s always better to choose a paid reliable solution that will reduce latency in multiple regions. Please note that CDNs are useful only in cases when you have international traffic, e.g. thousands of users from many different locations. Using a CDN video streaming tool within your geography solely can actually slow your website down. That’s because your local traffic can be re-routed to a remote PoP (point of presence) instead of being linked directly to user’s computer.

Therefore, it’s crucial to evaluate your requirement and needs properly and check whether CDN for video streaming would make a considerable difference for your website performance. Such sectors as advertising, media, digital gaming, e-commerce, mobile, healthcare, education and government services can reap the full spectrum of benefits from content delivery networks. Besides, video streaming via CDN can come in handy for some stakeholders. How?

Since video delivery plays a great role in corporate communication strategy, CDN video streaming is the way to go, if you want to stay relevant in the digital environment. Besides, since video is a must for developed and successful websites, there’s always a high demand for quality content made by content creators. CDN helps them to safeguard content, draw revenue and reduce expenses.

Yes, customers themselves don’t need to know the concept of CDN and how it works at any stage. However, customer experience relies on the operations made by a CDN. Thanks to on-demand CDNs, customers can watch videos on YouTube any time they want without having to wait for the whole clip buffering – it’s an outdated approach now. Consider CDN video streaming tools that would fit your content formats best to ensure ultimately positive viewing experience for your customers.

Being a content creator and/or owner, you should be perfectly aware of what CDN can treat your content the most effective way. A correctly chosen CDN streaming technology can minimize expenses, render users seamless and high-quality content, and open the new perspectives for premiumization.

According to the type of processed content, content delivery networks can be classified into three main classes: general purpose CDN, on-demand video CDN and live video CDN. Now let’s define the differences between them and decide which can appear to be more valuable.

The CDNs were present on the market before the world caught streaming video bug. As it has been mentioned, you might have dealt with such CDNs when visiting a website or streaming a song on YouTube. General purpose CDNs boost delivery of web traffic by serving cached content from different regions. Although very useful, CDNs can be a challenge to implement, because server footprint in most countries is nascent, and there’s language fragmentation, as well. Language clusters in certain geography may render a lot of CDN video streaming layers to ease implementation across markets.

This technology has been developed for years, and several new formats emerged.

Now you know that CDN usually transfers data by caching it. But what about live streaming them? You can’t cache a stream. Here’s when live streaming CDN comes in handy. It can be created to either render ultra-high bandwidth pipes to render data instantly to viewers, or low bandwidth pipes that use reflectors to boost data transmission. Live streaming CDN can be pretty expensive, especially when traffic fluctuations are expected. Besides, live video technology is not for continual use, so its costs aren’t always adequately recovered. Anyway, live streaming is gaining popularity in most spheres, and in a few years is expected to be a mainstream communication form.

Features important for a video CDN

Speaking of video CDN service providers, specifically – there are some features that act as some kind of prerequisite for a video CDN. This applies to both live streaming CDNs and video-on-demand CDNs. Here are those features:

While going over the list of general advantages is useful, we can make it more useful by presenting a list of CDN providers that may be easily considered some of the best on the market as of today. All of these CDN services are presented in no particular order. 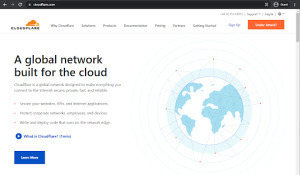 Cloudflare might not be the biggest player on the CDN market, but it is definitely one of the most versatile ones, offering an abundance of features combined with a large number of points of presence all over the planet. The feature range of Cloudflare is simply massive, covering API access, HTML5 support, different caching types, and many other features that can be used to fine-tune your individual CDN experience. 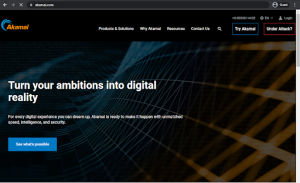 Speaking of some of the biggest players on the CDN market – Akamai has earned its place among those, offering more than 240,000 servers in 130+ countries. It has every feature we went over in the list above, including a massive number of servers, as well as extensive analytics, high network speed, an even server spread, and more. 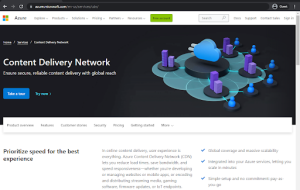 It’s not uncommon for large names in the tech industry to provide a massive number of different services – including a CDN service. This applies to Microsoft Azure, in our example, showcasing a fast and secure CDN network with an abundance of security features, impressive scalability, integrations with multiple Azure services, API access, and more. 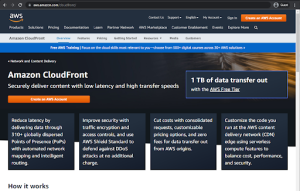 Another example of a well-known tech giant is Amazon Web Services, and its CDN solution CloudFront. Its coverage is higher than average, including the USA, Europe, South America, Asia, and more. They can also work with the majority of content types out there – classic media distributed via websites, live streaming, video-on-demand services, etc. 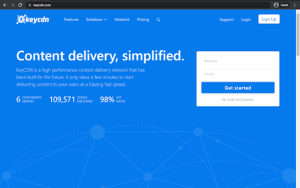 Going for something a bit more unconventional – KeyCDN, a CDN service that originates from Switzerland that has over 93,000 deployment zones and 24 points of presence all over the globe. While KeyCDN is at its finest when working with live streaming and video-on-demand services, it can also handle other types of content – photos, websites, and so on. Some of the features presented include direct API access, low latency, an abundance of security options, and more. 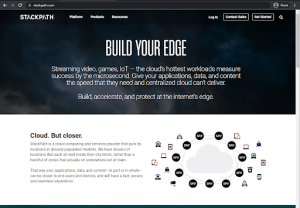 Previously known as HighWinds, StackPath is a global CDN service that has been around for a while, and managed to earn its place on the CDN market by connecting with a variety of different platforms, businesses and enterprises. It can offer 52 points of presence around the world, high performance, low latency, and more. Its feature set includes file system control, new routing methods, and many other features that are rather hard to find in a CDN service. 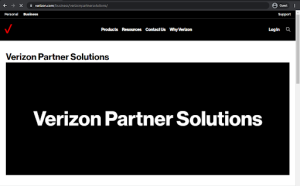 One more example of a name that is rather well-known all over the planet is Verizon – an American conglomerate that now can also provide CDN services through its acquisition of EdgeCast. It offers a great level of service for five continents, with 95 points of presence, 24 Terabytes per second of peak bandwidth and more than 3,000 connections all over the world to provide the best user experience possible. 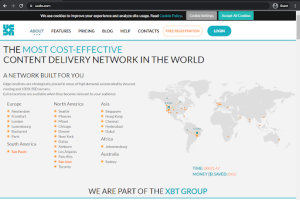 Moving on towards smaller CDN solutions, here is UCDN – a CDN platform that is mostly focused on Europe and the USA as its main markets. It can offer 13 different points of presence, an incredibly high network performance with little to no latency, and all of that is combined with a price that is extremely low for market’s standards.

HighWinds is not the only solution on this list that is older than most – AHCDN has also been around for over 15 years, offering CDN services for both the USA and Europe. Its main advantages are the lower-than-average price, multiple different points of presence on both of the aforementioned continents, as well as a reputation of the reliable CDN solution in the form of many businesses that already are using AHCDN’s services. 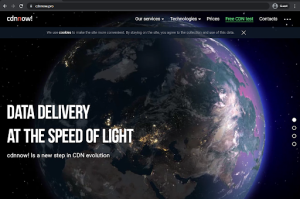 It is also not that uncommon for a CDN solution to be focused on a specific market that is not Europe or the USA – a CDNNOW is a good example of that, offering a vast network that targets mostly Russian Federation, as well as the CIS region as a whole. While CDNNOW does have servers in both the USA and Europe, the main focus of the service is still in the aforementioned region. CDNNOW can offer 20 points of presence and an incredibly high peak bandwidth limit, to make sure that any business stays online no matter how much traffic it gets.

CDN is a magic fix for efficient content delivery to your users. Introduce CDN into your streaming platform, and you will see the difference soon. SpaceCDN offers splendid video delivery solutions from world’s best providers. Select the most optimal solution on https://www.spacecdn.com/cdn/streaming